I won't say we've had our first cold day yet (cool though, definitely!), but I'm still pretty excited about the advent of Fall. There's something about this time of year that I think is the essence of how most Northerners feel about Spring. To me, the Florida Spring is nice, but too quickly bleeds into the heat and humidity you're stuck with all Summer too. But Fall...

In Fall, the dry air starts to push its way in, you feel excitement and hope about when you're going to get a cold day. The holidays are coming. All the motivation and energy that I almost didn't realize I was missing for the last six months just smacked me awake these past two weeks. I'm read to Get Things Done!

Obviously I got my first wall painted, as I posted. Even today, on a quick work break, Adam & I had an idea to rearrange the furniture in the guest bedroom and I'm thinking I really like it. I just ordered a new quilt for the bed too since the cats had a fatal ... let's say "mess" on the last comforter. R.I.P. duvet.

And this past weekend, I made my first wreath!

Hopefully this blog entry doesn't feel too narcissistic to those of you to whom I already showed pictures of it. I just really wanted to get the event down in my "journal" for memory's sake (and of course to share with those of you who haven't seen it.)

As a precursor to my buying all of the wreath "ingredients," I ironically spat out to Adam that I just didn't think making wreaths was really my thing. And honestly, that's true. When I think of fake flowers or homemade projects, all I can conjure up in my mind are the hideous things I've seen at other people's houses (no one who reads this blog, I promise).

But as Adam pointed out, it's really just the taste level. You can do projects like this and have them turn out nice if you pick things that YOU like. So ... lesson learned. 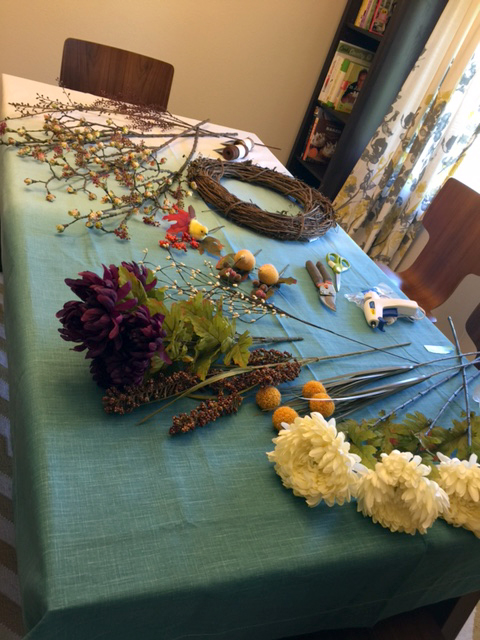 Still, though, I didn't go to JoAnn with any expectation of getting into this. We needed one or two unrelated things and while we were there, I wanted to buy a fall wreath. We have a Christmas one, but I hate to put up December decor too early and skip getting to enjoy the glory of fall!

Unfortunately, I only didn't hate about two of them. So, with that strong praise, Adam nudged me into figuring out that I did indeed want to make a wreath, if only to end up with something I liked.

That left me with only a few qualms though ... I have no idea how you make a wreath. 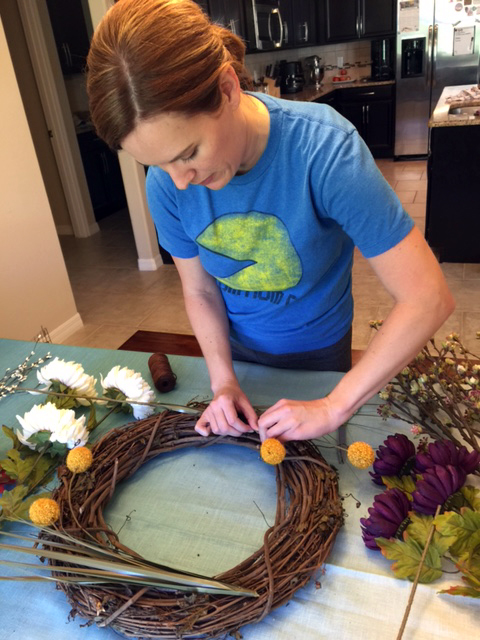 But that didn't stop me!

I laid everything over the wreath as best I could to get an idea of where I wanted things (which is hard to do because the stems that these flowers come with are like 3 feet long) and I took a picture (Adam's idea -- genius!) that I could refer back to. Then, I went straight into layering things from bottom to top as I felt they should sit and started cutting, weaving, tying & hot gluing.

I'm really hoping things hold together okay so I get some years out of this wreath, but so far, so good! Some of the flowers aren't even fixed to the wreath base. They're just wedged between some of the sticks! (I don't think they're goin anywhere though.)

And I ended up with this. 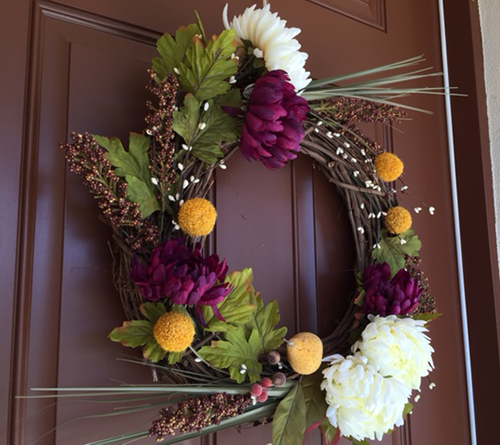 I definitely edited down from my original idea, but I kept everything from being too symmetrical and I left off some of the pears and birds that I had picked up too. Maybe they'll make it into another project. I did leave one pear on though... 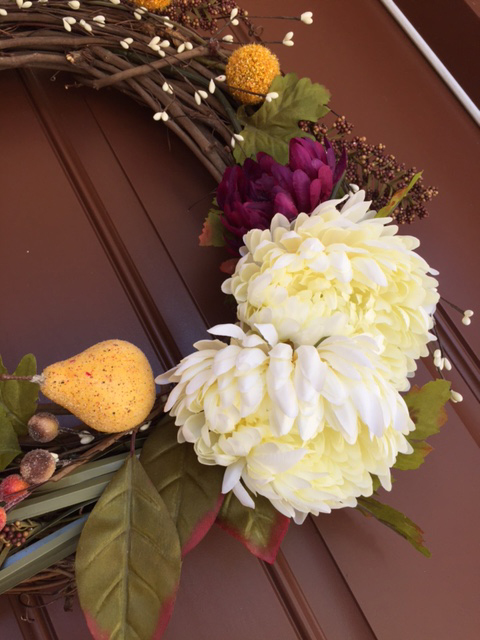 I decided off the bat I wanted to do nontraditional Fall colors. Mainly because a lot of the fake orange leaves on the market look really fake to me, although that's probably compounded by the fact that Florida trees don't turn colors for the most part, so orange leaves look out of place. *shrug* Who knows. It's just how I feel. Although I have seen some exceptions to the rule, for sure.

At any rate, I'm happy that I stuck with golds and purples. Based on the colors inside my house, apparently I'm in a gold, grey and purple phase!

From that first picture, you may also notice some materials that were not used in the wreath. They're for a secondary project. I have to go back to the store though and pick up a few more pieces before I can finish that one though, so maybe I'll post it separately once I get it done.

And lastly, this is entirely unrelated to wreaths, but perhaps still related to Fall...

I tried particularly hard this week to choose meals that use seasonal vegetables and I oddly find it very soothing to turn this rough, dirty potential... 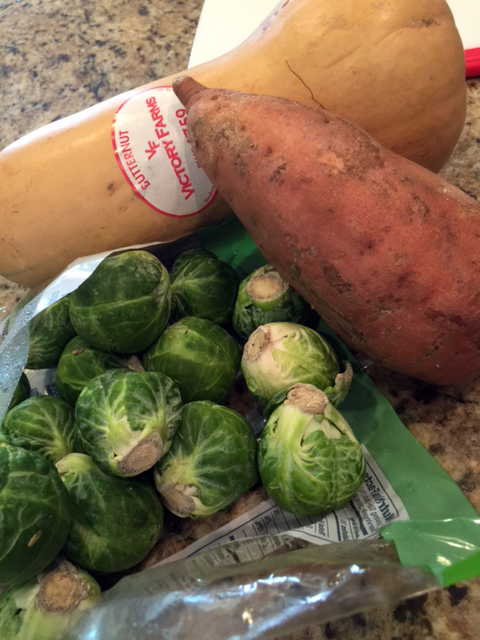 ...into this colorful and tasty food. Yum! 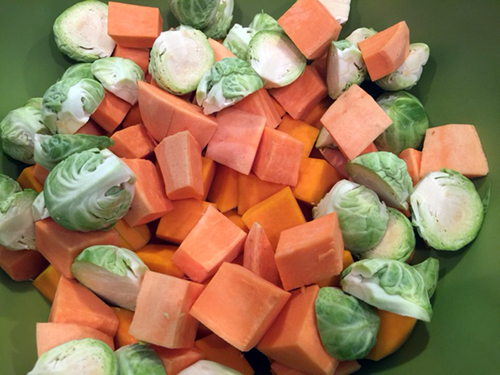 Happy Fall, everyone! Hope the happy vibe is getting to each of you too!