I haven't had much to write about recently. Work is work. Life is life. Things are good.

But I hate to leave the blog dated and boring, so I figured I'd flash some pictures of my cats to distract you from lack of actual content. That is, until I realized that I did actually have something I could write about, only I'd forgotten until now because I had already posted it elsewhere.

Knowing me, I couldn't just make curtains. I had to come up with the most complicated curtains to make and agonize over them for weeks before finally starting them. But I think they're coming along well.

I've gotten the first of three panels done so far and a few sections of the final two are ready and waiting to be finished. These are for the office. 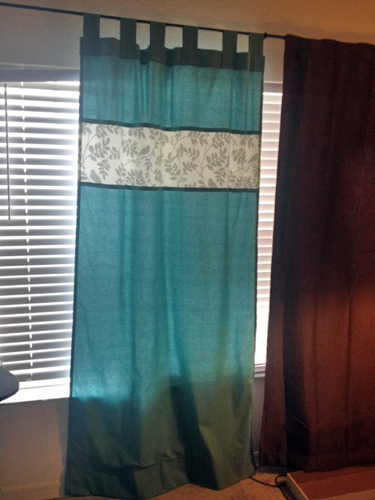 Sorry the pictures are a bit glare-y. It's hard to photograph something hanging in front of a window. I didn't have a lot of light behind me to balance it.

The brown curtain is one of the set we had hanging there previously. I just haven't taken it down yet. But there's my handmade one! A cute blue with a bird and vine fabric panel.

Here's a closeup of the bird fabric. 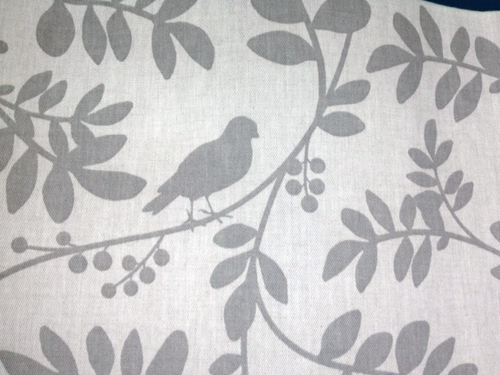 Of course, it would've been easier to simply do curtains out of one piece of fabric, but then it wouldn't have been enough of a challenge! Just kidding. When I finally get around to making curtains for the living room, I'm making an easier version for sure.

I followed the directions in my book for the basic curtain and combined it with some tips from a DIY blog for the liner. Yes, this panel is fully lined!

My goal was to bring some color into the room since we don't want to paint a rental property and to keep the room cool during the summer, which is helped by the extra layer of fabric that the lining provides. My next challenge will be to make sure the bird sections of the next two curtain panels line up.

I promise to post a picture of the full set once I'm all done! 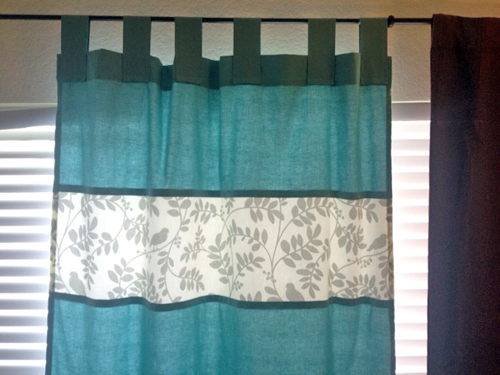 And now I'm going to throw some cat pictures in for good measure. How could I not when they're being so cute? I only have Chloe & Jasper this time, so hopefully Molly's feelings aren't hurt.

Chloe was my sewing helper. Notice the amazing toe streeeeeetch? 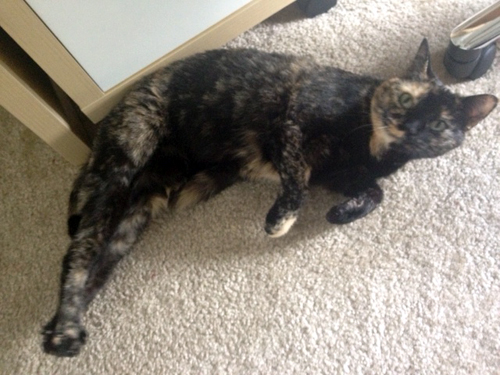 And these are some of the poses Jasper has been in the past few nights this week. First, Jasper on the couch ... awwwwwwwww. So many feet all in one place! 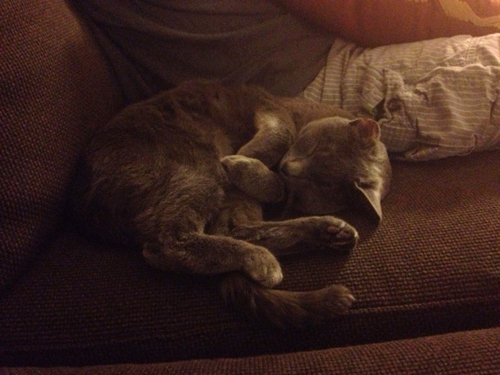 Quickly succeeded by Jasper on the Adam. Apparently after one too many glasses of wine. 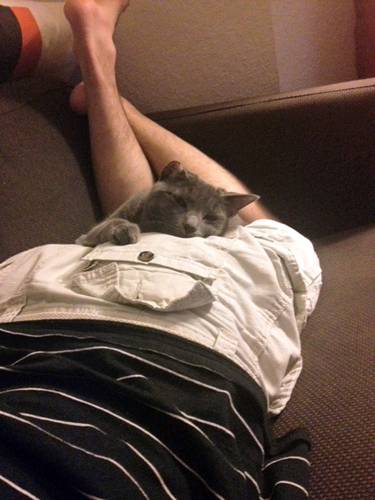