I don't do as much blogging as I used to, but I was mulling over something this morning that I've mulled over many times before. I've probably written something along these lines in the months or years past, but I wanted to do a little active thinking (i.e., type thoughts as they occur to me) and see if any of you feel similarly ... or not.

So today's entry is really kind of an opinion column. The topic is spoilers, social interaction and knowledge.

The thing that got me thinking was an online news story about how AMC recently angered fans. Apparently, directly following the airing of the midseason finale of The Walking Dead (this past Sunday night), they tweeted a photo with a caption that basically ruined the entire episode for anyone who hadn't watched it.

I won't be more specific here on the off chance I could spoil anything for anyone, but basically AMC didn't take into account that the episode still had not aired on the west coast and, therefore, lots of people saw the information before they saw the episode.

We heard your feedback to last night’s post, and we’re sorry. With zero negative intent, we jumped the gun and put up a spoiler. Please know we’re going to work to ensure that, in the future, possible spoilers by official AMC social feeds are killed before they can infect, certainly before the West Coast (U.S.) broadcast of The Walking Dead. As always, thank you for watching, and keep the comments coming. We appreciate all of your support. ‪#‎RIPSpoiler

However, in my opinion, AMC also did not take into consideration the fact that huge numbers of people no longer watch live TV in the first place. In my experience, most people either record shows on DVR or - myself included - no longer have cable at all. Which means we cannot watch shows until 24 hours after they air.

And of course, once you see the spoiler, the damage is done.

So it got me thinking, because Adam and I are both on Twitter and we follow various people who have posted spoilers of some nature or other, prompting us to unfollow or mute them. 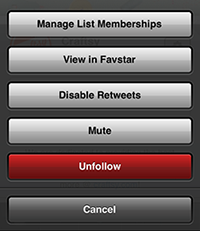 We do watch The Walking Dead and, due to the immense popularity of that particular show, it is fairly common to see people tweet things like, "Holy crap, Carol! Wow!!! #twd."

Now, that doesn't tell me whether Carol does something awesome in this episode, whether she dies, or anything specific. But now I'm going to worry about it the whole time and focus my attention on what's happening with Carol rather than just watching the episode. So, whatever does happen to Carol is going to be a little less shocking because I'm waiting for it.

It drives me crazy.

I don't want to know most things about most things before I know them firshand. You know?

This probably happens far more in the world of geekdom than other areas because, man, people get crazy about these genres!

Still, I can't remember when people started becoming obsessed about who gets cast in Some Movie that won't come to theaters for several years, for example, but I really don't think it was always this way.

Not that that particular example is all that irksome to me. I'm just pointing out that I used to find out about a movie, as well as who was appearing in it, when the trailer started to air a few months before the movie opened. It almost never happens that way anymore.

Now I can find out about movies up to five years in advance. I know who's cast in the lead roles. I know the name of the director. I know the basic plot for the movie. I can view pictures from the set. I can watch 4 different trailers for it. I can also view those trailers much farther in advance than before, thanks to the Internet.

I never knew ANY of that 5-10 years ago. I probably could've known some of it had I cared to -- I'm not saying the information wasn't there -- but now, it's almost hard not to know some of these things, even if I'm not specifically trying to find them out.

I've said it before and I'll say it again: I truly feel like we (Humanity? Americans?) have lost the ability to appreciate the element of surprise.

It feels similar to the trend of undervaluing introverts ... this loss of ability to value waiting. (Digression: I'm dying to read this book -- Quiet: The Power of Introverts in a World That Can't Stop Talking.)

To me, anticipation is usually the best part of anything. Looking forward to something is what allows the excitement to build.

Sometimes the actual thing doesn't end up being nearly as wonderful as the feeling you had while waiting for it to happen. The joy of living in that space where you have to wait for something is extremely underrated.

How can you ever feel the true impact of shock or joy in any type of story if you already have an inkling about it ahead of time?

If someone ruined The Sixth Sense for you before you watched it, there's no way that The Big Reveal impacted you anywhere close to the way it would have if you went into it blindly.

By the way, if you haven't seen this example of impatient TV viewing, it's hilarious:

Anyway, while I can't change humankind, I maintain my belief that we've lost something in this new culture of having to know everything, to know it right away, to blurt it out to others as soon as we know it and to be constantly looking for more information about the next thing. It's exhausting, for one thing. And a really bad habit we've developed.

I myself am guilty to some extent, but mostly I rail against it on my tiny soapbox.

I'm reminded of that quote from The Circle: "We are not meant to know everything."