The City of Friend-er-ly Love

It took me a little longer to get to this travel recap than the previous two, but what can I say? After three trips in one month, I was a bit tired. Thank goodness for the timing of Labor Day, am I right?!

But better late than never. My trip to Philadelphia was also fun and although I did less sightseeing, I did get to have dinner with Adinah, so in some ways, it was even more fun than the last two trips where I mostly wandered on my own.

I don't have a ton of pictures and I'm absolutely the worst about taking pictures of people, so I totally missed that opportunity, but I at least have a few for you.

This first one I just grabbed from her car while we were stopped. I love the feel of northern cities. The architecture, the trees ... so gorgeous. 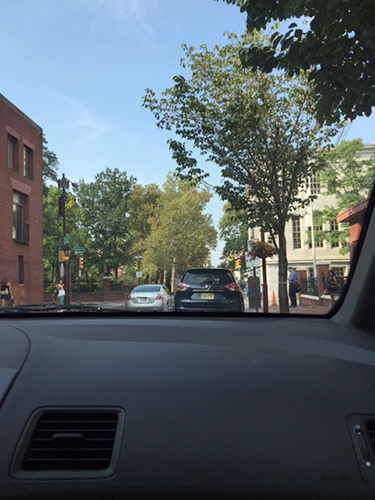 We went to dinner at a restaurant owned by a friend of a friend of hers and it was absolutely amazing! If you like Mediterranean food at all -- and I mean authentic Mediterranean -- this may not be the first stop you'd think of when visiting Pennsylvania, but you would be missing out.

Just take a look at the main page of their website and tell me your mouth isn't watering.

In Hebrew, if I remember correctly, the name of the restaurant -- Zagav -- means "gold." Fortunately for me, Adinah could tell me what all the menu items were if I wasn't sure (kibbeh, labneh, etc.). But honestly, even if you don't know, you'd still like it once it came to your table. So much color, amazing spices ... we only ate starting courses and desserts and I was stuffed!

Needless to say, I would not turn down their cookbook if someone handed it to me. Though I might be intimidated by the foreign ingredients, it would be totally worth trying!

Anyway, after dinner, we walked a couple of blocks over to the waterfront, which is along the Delaware River. Penn's Landing is a beautiful little spot -- great for walking along the water or just sitting and relaxing. 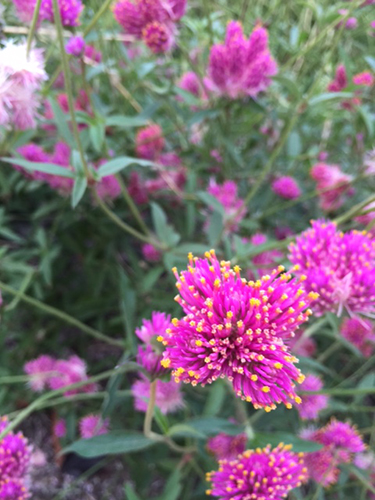 There were little food truck-style restaurants and hangout spots made from shipping containers along the docks, too. Very neat! 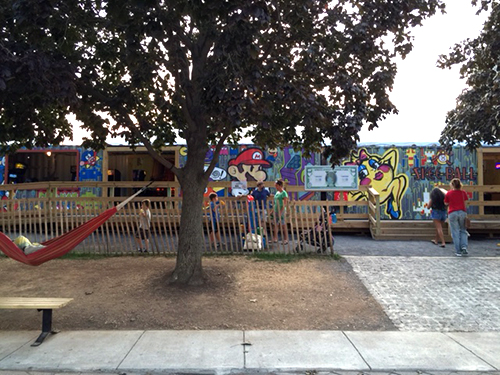 And as you can kind of get a glimpse of in the photo above, they have a couple of newer areas where they had strung hammocks and string lights all over the place. It was so adorable! 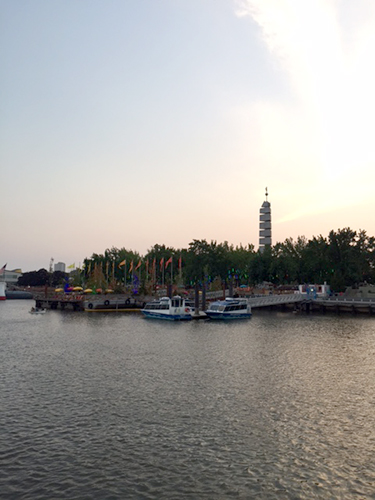 Adinah even convinced me to take a picture in the big chair, so I got my first real touristy shot of myself! 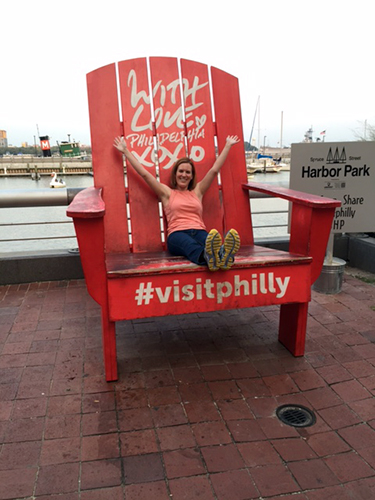 As we walked around, Adinah pointed out that across the river was Camden, NJ. I thought that was pretty neat. I mean, Florida is so separated from other states that the novelty of being somewhere that is so well-connected between other states was fun. Also, it's the closest I've ever been to New Jersey, so it was cool.

Bet you didn't know you were going to get to see TWO different cities in this blog post did you? I'm just that good.

Well, like I said, I didn't take a ton of pictures, but I did have a really nice time.

I'm mostly grateful now that I'm back that I don't have to get on another plane until November. Yay!!! Although that's not to say I don't have one more show to attend before then. I'm heading up to Amelia Island in 10 days, but at least I get to just drive there.

And since I am not actually attending that conference (just setting up the booth on the first day and tearing it down on the last), I got approval to take a day off while I'm there. So Adam's coming with me and we have some fun stuff planned -- I can't wait for my first and only real vacation this year! Even if it's only one day.

Though nothing can compare to the trip Andee and her family are on right now -- Scotland!!! So jealous. You better bring back a million pictures, Andee!