From SE to NW

I got back from Seattle last Wednesday and had to readjust back to EST after having just started to adapt to PST, so that was a little rough. I seem to be mostly on schedule now though, so I thought I'd compile some of my favorite pictures from the trip for you.

I have to say, it was pretty exciting finally seeing the Pacific Northwest and getting to experience a place that is now the farthest I've ever been from my house without leaving the U.S.

This week, I counted up the states I've now been to (not counting ones I've only driven through on the way to somewhere else or ones I've only seen from a distance or ones where I stopped for a connecting flight ... because to me, that's not the same as staying and exploring a little) and I'm up to 16!

Pretty cool, huh?! Maybe someday I'll hit the halfway mark. With my planned vacation with Adam to New York in a few months, I'll be able to add that one to the list!

But right now, let's back to Seattle.

I'm going to put up the pictures in basically the same order I saw everything. This was all on the first day I arrived after I'd done what I needed to for work. It was about 50 degrees, grey & initially drizzly, but then the sun came out and it was absolutely gorgeous. I already posted a couple of the photos below on Instagram, but I loved them so much, I wanted to put them here too.

First up, I walked down to the Elliott Bay area (part of Puget Sound) and wandered along the docks. One of the first things I discovered was the Seattle Great Wheel. I took a number of shots of it, but it was only after I'd walked past it and turned around that I got this angle. Even without the filter, it's a great angle to have stumbled upon, but I love this tint. 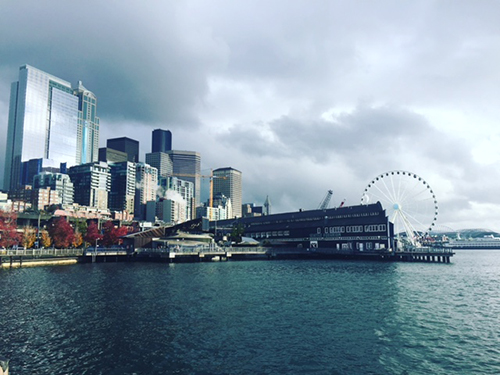 You can see the grey morning clouds starting to peel away as the sun comes out for the afternoon. It. Was. Beautiful. One of my favorite aspects of this photo are all the colorful trees tucked along the waterline.

And speaking of those, I had to grab a few shots of the changing leaves... 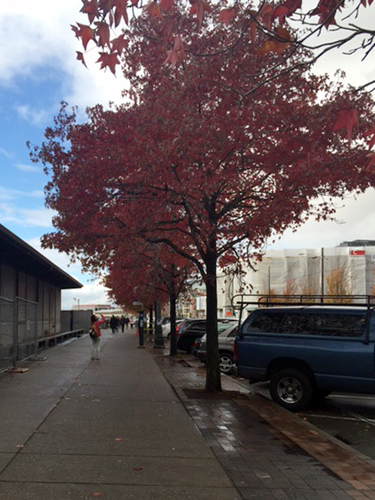 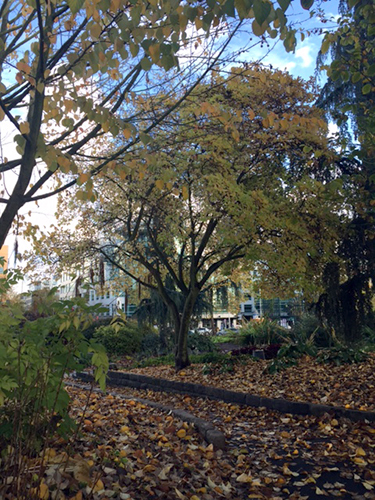 Okay, so that last picture was slightly out of order of my walking tour, but I wanted to put the leafy pics together. Next up, after the red trees, I discovered the Seattle Aquarium, which I would love to go back and visit someday. I'm a sucker for anything involving animals. I get totally mesmerized watching jellyfish swim around.

As I reached the end of this stretch, I came upon the Olympic Sculpture Park, which I also took a lot of pictures of, but I'll just put up this one. 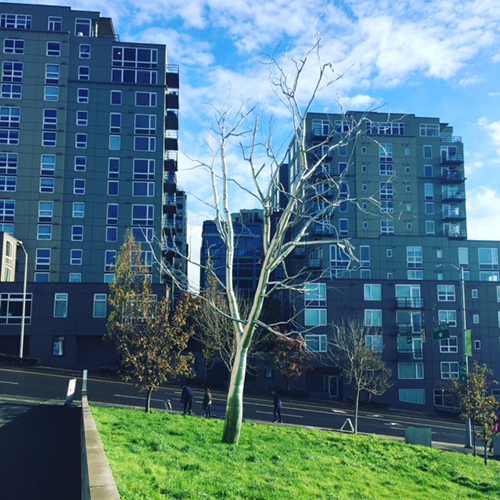 Amazing, right? Hard to even tell it's not real except for the level of shine since the sun was hitting it. From here, I wandered up this street to the left until I finally came upon the Space Needle! I bought my ticket and then stopped to take this shot. 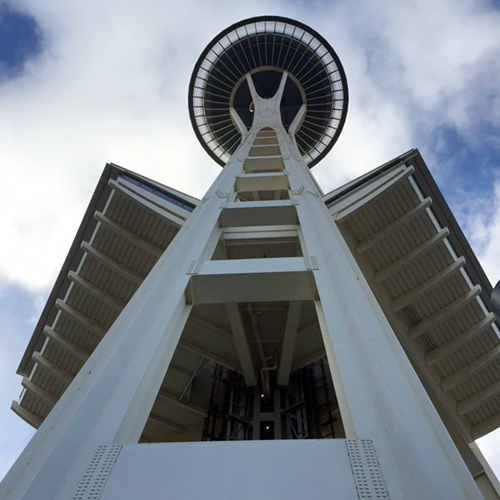 From the top, I took at least a dozen pictures out every side of the viewing deck. Here's one of my favorites (and by the way, I had to hold my phone out past the safety wires to get clean shots and if you know my fear of heights, just going up the elevator was a feat!)

I'm so glad the sun came out though. Most of their fall/winter season is grey, but the sun really helped my pictures come out beautifully.

This provides you look at the city of Seattle and the bay that I had been walking along. Somewhere in that mess of tall buildings is the hotel I stayed in. And lest you think I'm not dedicated to this sightseeing business, you should know that I didn't get another opportunity to explore the rest of the days I was there, so I spent 3 hours walking around. My dogs were BARKING by the time I got back. And also, you might be interested to know that some of the Seattle streets are so sharply elevated (you can see a small hint of that in the tree sculpture photo) that I wondered a few times if I had somehow hiked my way to San Francisco. The last 5 blocks or so back to my hotel were STEEP. I was legitimately huffing and puffing.

As I was leaving, I got this last shot of the Space Needle (and of course bought myself a souvenir tank top ... and I got Adam Space Needle coffee: rainy day blend. Lol.) 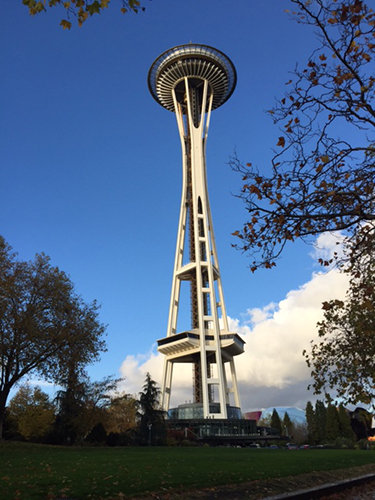 As I looped back around to my hotel, I purposely walked back about one block further east from the way I walked up to the Space Needle so that I would run smack into famous Pike Place. Home of fish-tossing, flowers, Starbucks and pretty much all kinds of shops. 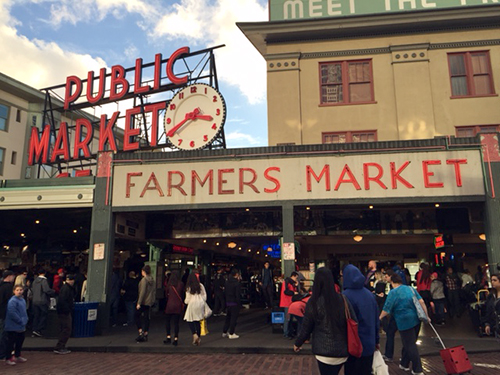 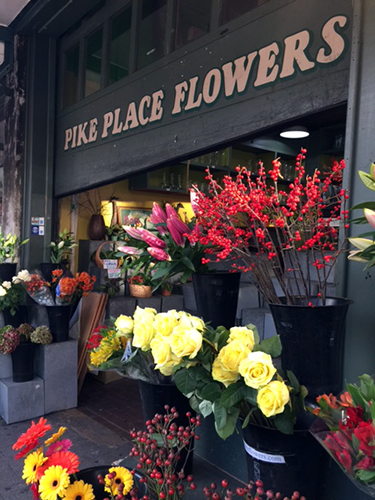 For this last picture, I had to zoom in to really get what I wanted, so yes, it's slightly out of focus, but look at these colors!!! This is exactly how they looked in person. 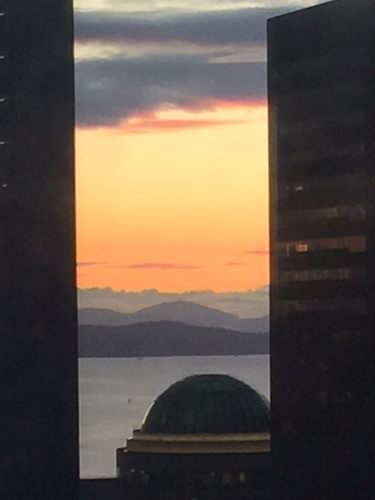 Needless to say, I was a little sad to come home to 80-degree weather again, but I'm also happy knowing that I don't have to go to the airport any more this year. Woohoo! Time to get ready for the holidays and try to fit in some time for relaxing too. Hope you enjoyed these!