Haha! I do hope you appreciate the tongue-in-check of this entry title. The funny thing is, I don't typically eat much, if any, yogurt. But I was in Whole Foods last weekend looking for something specific and ended up looking at EVERYTHING, as I am wont to do.

Which led to me buying things I normally wouldn't. Which explains why I'm not allowed to go to fancy grocery stores on the regular. Still, I think you'll find that my splurge provides you with some extremely useful information that will change the way you eat yogurt ... or something.

I really didn't grab like one of every kind of yogurt in order to do a comprehensive report on what's available in your local dairy section today. I just thought, after bringing them home, that it might be fun to report back. So here's my summary of 3 new brands I tried.

This yogurt is Icelandic-style skyr. (pronounced “skeer”) Skyr is comparable to Greek yogurt but slightly milder in flavor. It’s a high-protein strained yogurt with a lower sugar content than most American-style yogurts. 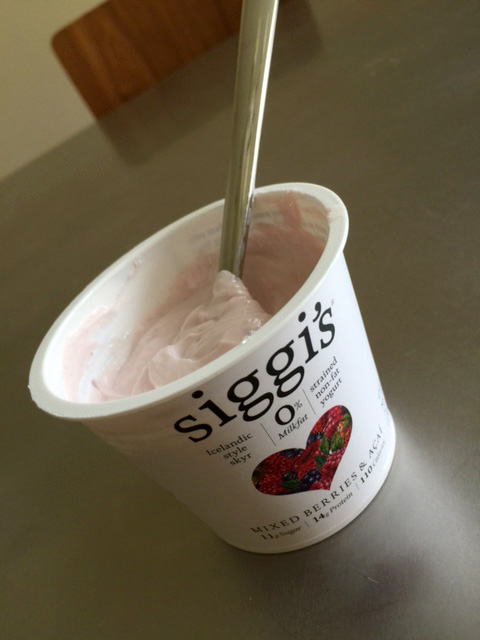 Pros:
Super creamy, like a soft cheese-level thickness
Ingredients: Milk from grass-fed, non-GMO cows and no artificial anything, including preservatives
Recyclable carton

Cons:
It has the same slight drying effect on my tongue that dry wines do
Not the sweetest (obviously since it’s low sugar, but still, it’s an adjustment)

This is a line of almond milk yogurts. Good for those of us who occasionally get gurgly tummies after eating dairy (me). 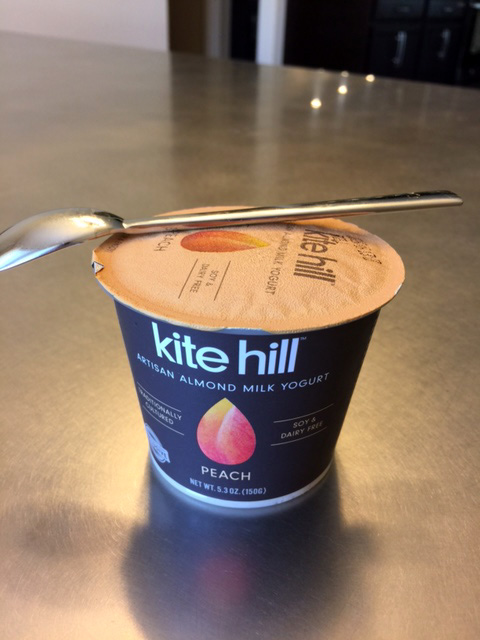 Pros:
Ingredients: Made from almonds, not dairy; no preservatives or artificial colorings
Very peachy flavor, with some fruit pieces in it
Recyclable carton

Cons:
A little higher sugar content, though obviously the trade-off is an amazing flavor
Separates a little and more like traditional yogurt consistency, meaning I had to stir it a bit before eating.

I bought a small tub of cultured coconut milk (yogurt made from coconut milk) to try out in smoothies because it’s non-dairy and might sit easier in my stomach. While I was getting it, I noticed they also sold individual-sized flavored coconut-milk yogurts. 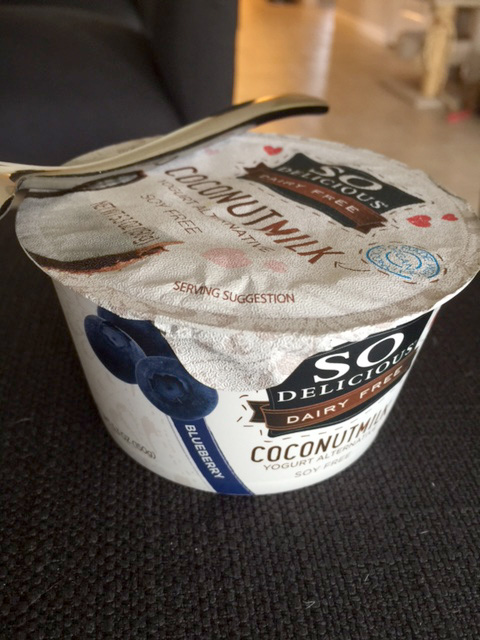 Cons:
Somewhat high in sugar (comparable to traditional Yoplait)
Slightly different texture (vaguely grainy, not noticeable after the first bite); had to stir, like with the almond milk yogurt

Which one would I recommend?

I think it depends on your yogurt goals. Lol. Obviously if you want to reduce your dairy for whatever reasons, the almond milk & coconut milk yogurts are good options.

I lean toward the almond milk for what I enjoyed putting in my mouth more (though I could also have just been in more of a peach mood). It’s also the lower sugar of the two non-dairy ones I tried.

However, I can’t count out what the coconut milk yogurt offers nutritionally. At first blush, it seems to have the least return for the number of calories. But…

So it does provide you, by far, with the highest quantity of vitamins & minerals.

For me, oddly, I think my personal winner is Siggi’s. I say oddly because I was hoping to like the non-dairy options the best. Although I should emphasize that Siggi’s is made from non-GMO, grass-fed cow milk, so it’s still a step up from most mainstream brands.

Sure, it gives me a little bit of dry mouth feeling, but I think I’d get used to it pretty quickly and it didn’t make my stomach hurt even though it’s dairy. And, for my yogurt goals, texture is almost everything and this was luxuriously thick.

One reason I don’t eat much yogurt … even though I know the bacteria is really good for you … is the high sugar, but the other reason is (and please forgive me for associating it in this way) it reminds me of … mucus.

Which makes the ultra-thick, low-sugar Siggi’s Greek yogurt very appealing to me. Add that to the low-calorie, high-protein content and I think it’s my winner overall.

Now, I haven’t eaten much of the more widely-distributed brands of Greek yogurt for comparison: Fage, Oikos, Chobani, etc., so I don’t know how they compare against Siggi's. Chobani seems to be the only one of those three that boasts non-GMO, no hormones, etc. etc. on their website, so I’m thinking that would be an easier-to-find brand than Siggi’s that might compare nutritionally. I’ll have to check it out next time I’m at Publix or Winn-Dixie.

Because that’s the one other drawback. I do NOT live close to Whole Foods (or much of anything else). LOL.

Bonus info: I have also been sampling a non-dairy creamer this week from Califia Farms. It’s almond milk creamer. There is some added sugar because we picked a flavored variety, but otherwise, it's very healthfully sourced.

It’s thick and delicious. I’m really enjoying it! You can see all the details below. The only downside is that it lasts only 10 days in the fridge, so I'd have to make a weekly trip out to Whole Foods (unless maybe Fresh Market carries it), but it might be worth it for the times when I want a little flavor in my coffee! I do still love just plain half & half though. 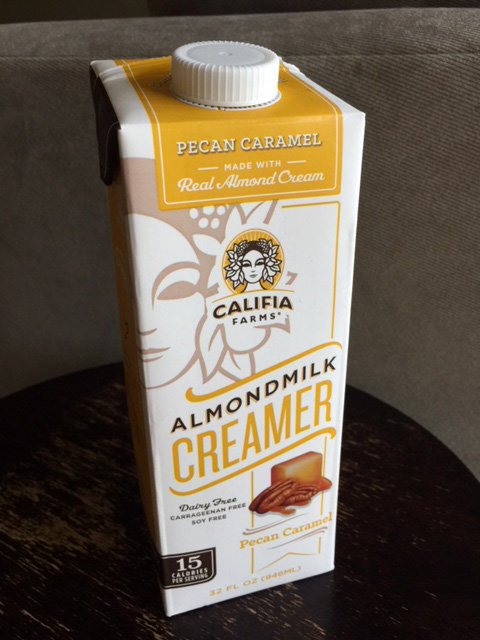 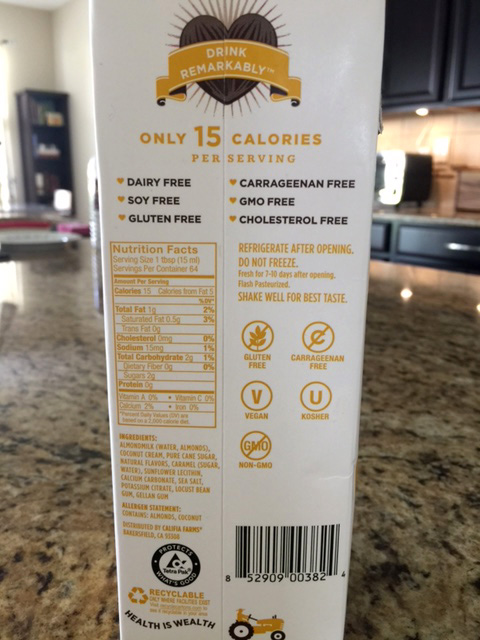