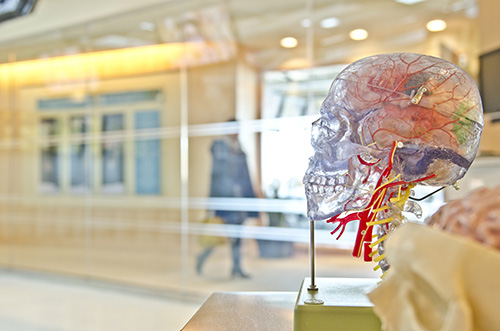 This month's book was not deep or thoughtful, by any means, and it wasn't supposed to be. I just thought it might be fun to learn which "truths" we grew up believing were actually based on false information or no information at all!

It was funny while I was reading it too because my Kindle told me I was about halfway through the book and suddenly is was over. There was such a long bibliography and glossary section that it was the whole second half of the book. Crazy!

I read a few of the debunked myths to Adam and it was hilarious. He still refuses to believe some of them aren't true, much like the authors said might happen. So now we have important issues to fight over! (Lol. Just kidding!)

For example, one he still thinks is true is colored mucus indicating an infection. He bases it on years upon years of sinus infections and the fact that, as the book also states, doctors even believe it and tell you, their patient, that it's true. Right? Wrong? Circumstantial? You decide!

I found some sections of the book more interesting than others. One section I got kind of bored in was the one on children. Not because I don't have kids, but because I had never heard of most of those myths to begin with, so I wasn't as invested in reading about them. Do you not get told about these things unless you have a kid and people want to scare you? If so, that seems insensitive.

Putting breast milk in their ears to treat or prevent infection? What? Never heard of it.

There were a few though that I definitely believed or at least wavered on, like dogs having cleaner mouths than humans and not letting someone go to sleep if they have a concussion ... oh, and whether or not urine helps relieve jellyfish stings. It was really interesting reading the reasons behind why a lot of myths became so widely believed and also why they're not reliable if you look at the science.

One of the craziest was that military study showing that most of your heat leaves through your head based on sending guys out into sub-freezing temperatures all bundled up, but with no hats. Nuts!!

What else...? Oh, it was nice to have it confirmed that you can't get the flu from a flu shot and that underarm antiperspirant doesn't cause breast cancer. Weird the way those rumors get started, right?

I also got a big laugh about the 5-second rule. That whole part about the worst offender being balogna on tile just caught me as hilarious. I don't know why. I just pictured a scientist in a lab coat standing there and throwing meat at the floor, hearing it slap to the ground, checking his watch for the time and then picking it up to test the bacteria on it. Ah, science!

Which myths did you believe before reading about their sandy foundations? Do you still believe any of them even though you've been told why they're scientifically not true? If so, please share why. I find it fascinating!