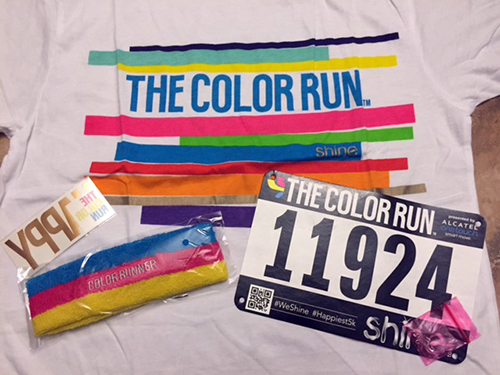 I did The Color Run 5K for the second year in a row. I'm pretty sure I posted pictures in the Photos section of my blog, but I don't think I blogged about it for some reason. Or at least it didn't come up in my search. So I thought it might be fun to tell you about this year's event.

It was just this past Saturday and it was really fun -- plus, you get great pictures from such a "loud" event. Let's take a look!

This year, it was just Katie and me. Andee had a mud run on the same day, so she didn't make it. And the goal I set this year was to actually run the whole thing, so Adam chose not to participate. He's more of a sprint like the wind kind of guy, not so much long distance running. For kicks, this is one of the pics Andee sent me from her mud run: 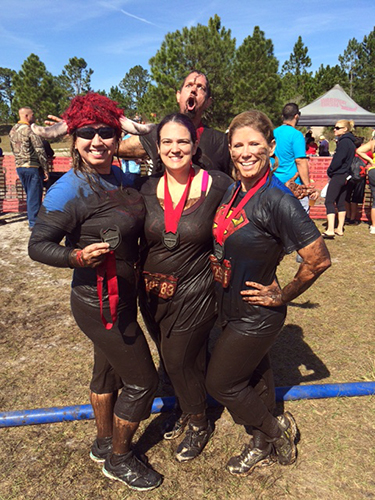 That's her in the middle. Although my favorite part of this picture is that guy in the back. I've promised to do this race with her one year, so ... yeah. Lol.

Anyway, back to the Color Run.

Here's Katie and me, all clean and white to start the run. 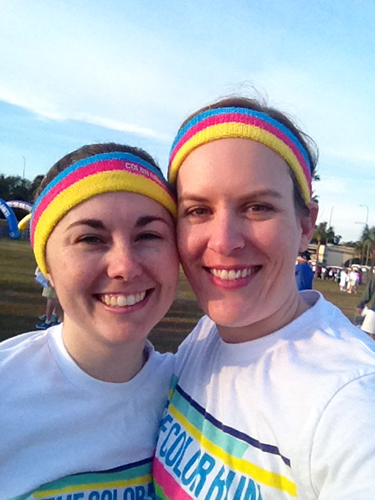 And by the way, it was a brisk morning! About 50 degrees while we were waiting around for it to start.

But fortunately, it got warmer as the sun came up and more people crowded around. We did end up running the whole thing too, which we're both very proud of! Our color stations were pink, orange, blue, yellow and ... glitter.

Yeah, apparently their theme this year was "we shine" so there was a glitter station as well.

This was us right after finishing. 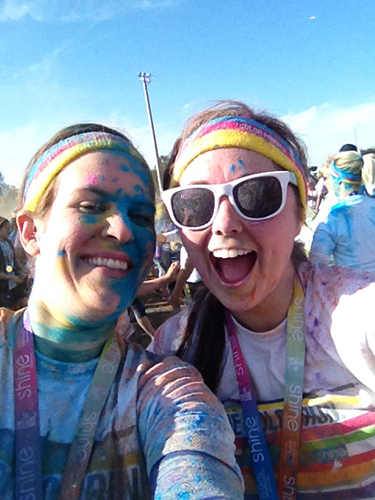 As you can see, we had a great time. Or maybe we were just giddy from the lack of oxygen. Either way.

They went all out for the run this year. We got medals, water, Kind bars and even fireworks to commemorate the event. It was a little less extravagant last year. But that just made it more fun!

Also, they have a stage going from start to finish, with music blasting and swag being thrown. Every half hour as people finish the race, they do a color throw, which means everyone gets little baggies full of the dyed cornstarch and all at once, you throw your color into the air. So, beyond the 4 colors that you got dowsed with during the 5K, you get some additional colors on you afterward -- the ones I noticed were green, white and purple.

Here are some full body shots for you. 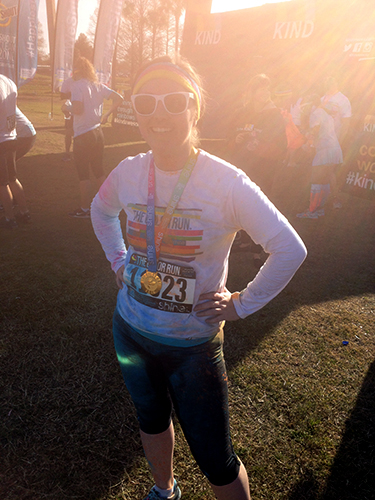 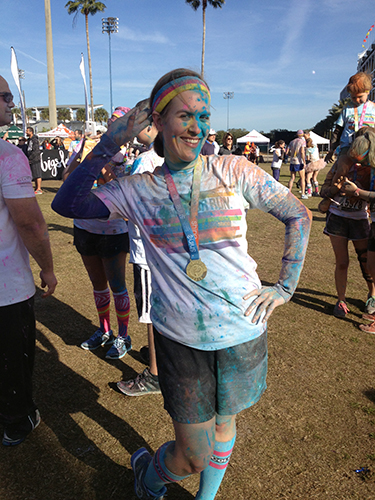 I feel badly that Katie's has so much glare on it, but I didn't notice it at the time and there's only so much you can Photoshop out.

You'll notice I'm especially blue in the face. The blue station guys were a little ... overzealous. I left that station spitting out blue and seeing a film of blue for a minute or so until I cleared it out. Not that it hurt or anything, but I definitely couldn't see for a few moments. (FYI, in case you're curious, getting the color dust in your mouth pretty much tastes like eating flour. Lol.)

Last year I wore sunglasses, which helped, but we also walked. I didn't want to wear them while running, so I guess I paid the price.

After I showered at home, I used a Q-tip and the one that went in my left ear definitely came out blue. Also, I'll admit to blue boogers that day. It just happens. No biggie.

As we were leaving, they started sending up fireworks that burst into different colors. I took a few shots. 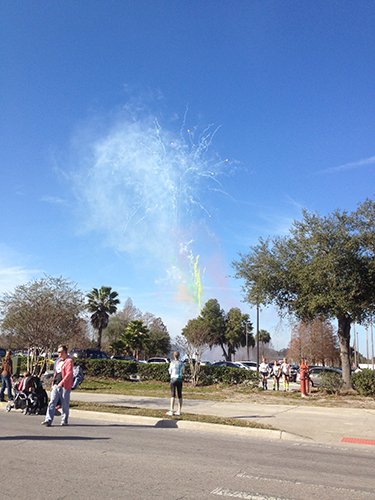 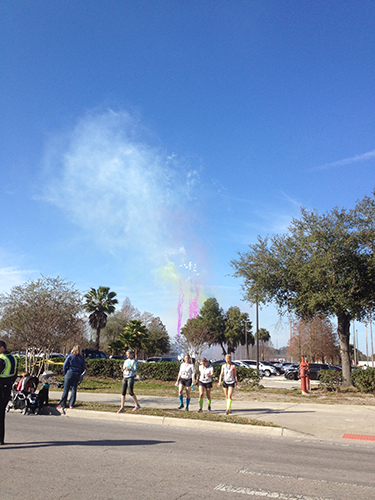 So that was pretty much that. Perfect weather, perfect company, perfect fun. We're discussing also signing up for the Color Rave in April, which is a nighttime 5K where you wear glow rings, etc. I'll let you know if we end up doing that.

Oh, but I have to tell you that Katie and I have both continued to find glitter on ourselves and our surroundings, even after showering. That stuff does not wash out easily! (The color, on the other hand, comes right off with soap and water.)

I'll leave you with one nice closeup Adam got of me after I got home. 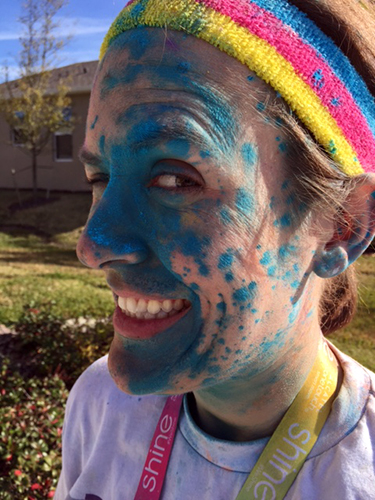